Today will see the third consecutive day of anti-government protests in Budapest. People are expressing their anger on the street over the Overtime Act (often dubbed “slave law” passed by Parliament on Wednesday’s chaotic parliamentary session along with the law establishing the new, minister-controlled administrative courts that will adjudicate over appeals against state decisions, including the most politically sensitive topics such as election disputes and banned protests.

People started gathering at Kossuth square in front of the Parliament soon after the session started, and opposition MPs demonstratively leaving the House were already greeted by a few hundred people outside.

First, Jobbik and their supporters walked up to Sándor Palace, the residence of János Áder to demand that he doesn’t sign Wednesday’s legislation into effect.

Around 5:00 PM, approximately a thousand people gathered in front of the Parliament. The protesters started marching around in Budapest after Párbeszéd MP invited the crowd for a “walk” in order to “talk to people”. The protesters blocked bridges, clashed with the police at the main office of Fidesz before finally returning to Kossuth square, where riot police dispersed them around midnight. The protest was unique in the string of protests since Fidesz’s ascension to power in 2010, since unlike the ‘polite’ protests that were typical so far, there were some instances of violence, burning garbage cans, and several clashes with riot police units. A detailed account of the night can be found by clicking through the gallery below: 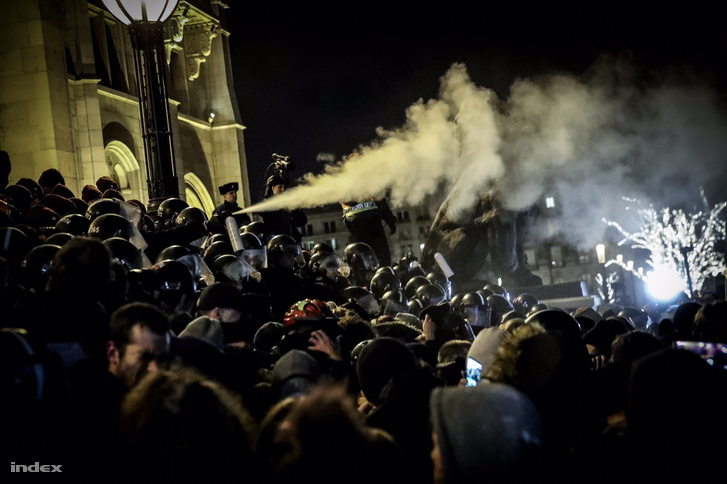 The protest ended around midnight with police still chasing some small groups of protesters around the city, concluding in riot police asking for everyone’s IDs in one of Budapest’s underground bars.

Another demonstration was announced for Thursday evening at the Parliament (Kossuth square) against the Overtime Act, but also for the independence of the courts and academic freedom. The thousand-strong crowd marched, for the most part, peacefully throughout the city for around two hours before arriving back to the Parliament. Once there, several people in the crowd threw smoke grenades, bottles, eggs, and paper planes towards the police, who responded with copious amounts of pepper spray. The crowd scuffled with the police on a number of occasions, who ended up using batons to beat back protesters from the gate of the Parliament, a window of which was broken by an object thrown by a protester.

Several people were lifted from the crowd, including Anna Donáth, the vice president of opposition party Momentum, who was taken down on the ground and dragged away by riot police. She was held at a police station until she was eventually set free at 6 AM the following morning.

Around midnight protesters left Kossuth square and marched to the Ministry of Human Capacities where some clashed with the police, but a majority of people marched on towards Körút (the main boulevard), where they were ultimately separated into smaller groups by police who surrounded them. Protesters were allowed to go home after identifying themselves.

More details of the events in this gallery: 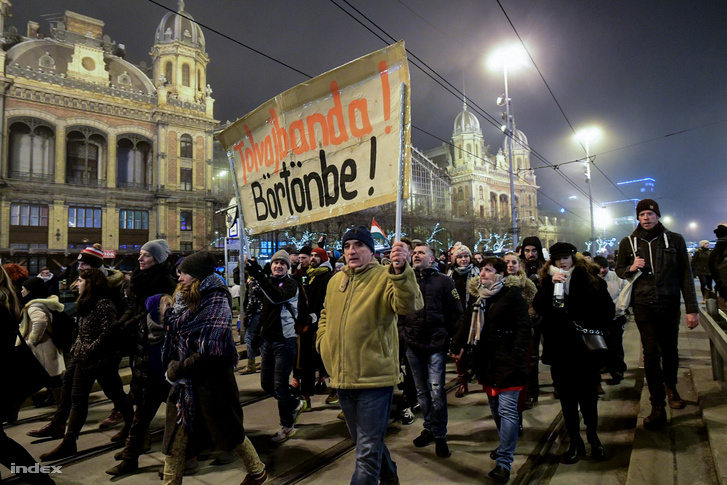 Gergely Gulyás, Viktor Orbán’s chief of staff told journalists at the weekly government press conference on Thursday that “What happened in the Parliament on Wednesday is sad and without precedent even if it was the opposition that made themselves laughable,” and went on saying that the legality of the votes held on the scandalous session in Parliament cannot be called into question, as they were only defending the integrity of the House. He also said there is no substantive resistance in society towards the Overtime Act (though Policy Agenda’s survey registered an 83% rejection rate), and that the protest was attended by aggressive political activists, “kept agents of George Soros’s organisations.” He also said that

referring to the few protesters who could be heard on some video footages talking about setting fire to the Christmas tree in front of the Parliament. As a matter of fact, the Christmas tree wasn’t set on fire, however, some of the sledges around it did get damaged. 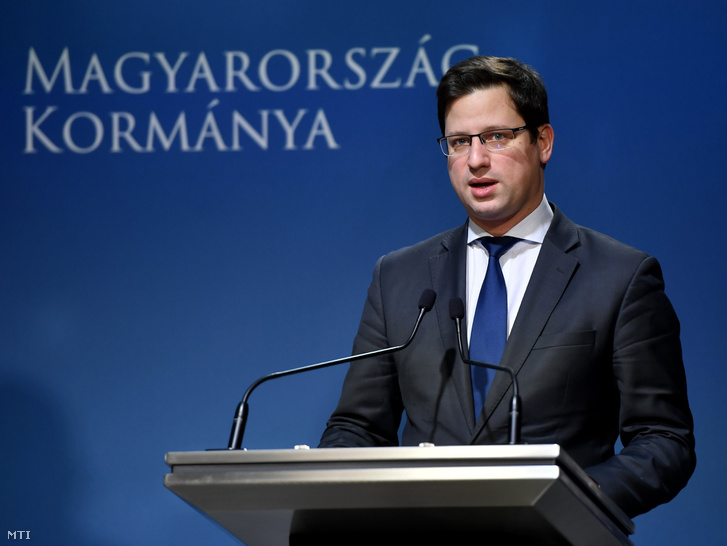 “Those hiding their faces are confusing democracy with illegal acts, freedom of expression with violence. A protest that violates the law and injures nine members of the police cannot be a part of democracy.”

Fidesz’s press release today tried to frame the events as part of their George Soros conspiracy, Fidesz’s communications director Balázs Hidvéghi said the “Soros-network” is “utilising the violent methods we know well from them” and they are only looking for the casus belli to start political rabble-rousing and create bad press for Hungary on someone’s order. “They are breaking things on the street, and they are provoking police to make Hungary look bad. It is apparent that the Soros-network does not respect anything: neither the decision of the Hungarian people, nor the laws or the police.” He also said the Hungarian people are rejecting the agents of George Soros who lost control of themselves and want to set fire to the Christmas tree of the Nation and break the sledges that were to be given to poor children.

The protests will continue tonight, watch Index.hu’s facebook page for our live video feed with English commentary by Index in English.

The original article can be found here